South Kensington Is A Cultural Centre, But What Is Its History?

By anyone’s standards, London is a sprawling metropolis that has been continually changing for the past 2000 years or thereabouts.  It is a city made up of diverse areas and districts one of which is South Kensington, 2.4 miles from the centre. South Kensington as a district is part of the Royal Borough of Kensington and Chelsea but is actually fairly difficult to define.  Generally, it comprises the stations of South Kensington and Gloucester Road, running up to the edge of Hyde Park in the north and Brompton Road in the south.

General History of the Area 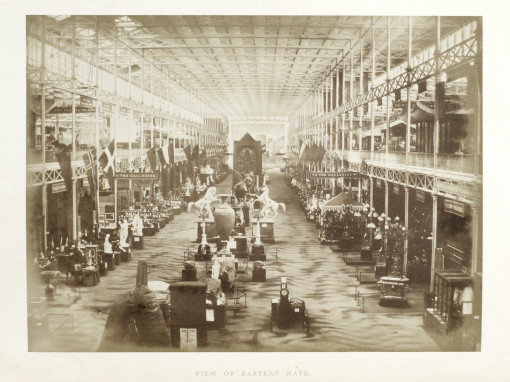 Although there is mention of the area (like most areas) in the Doomsday book of the 11th Century, it wasn’t until the early part of the 17th century that it started to take on a more defined area.  At this point, the area produced much of the fruit and vegetable supply for London and is a reason why there are so many garden squares still in the district.  In the 1700s South Kensington started to see its fortunes rise with the building of the main highway west out of London – what is now the A4 Cromwell Road.  However, it was not until the Great Exhibition in 1851 that the area really started to take off. 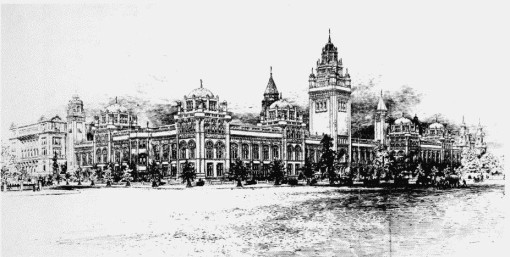 Following the success 1851 Great Exhibition in Hyde Park for which the Crystal Palace was built, an 87 acre area, around what is now Exhibition Road, was purchased by the commissioners of the exhibition in order to create a home for institutions dedicated to the arts and sciences. The result was the foundation of the Victoria and Albert, Science and Natural History Museums, as well as Imperial College.  In fact, South Kensington is one of the most densely populated areas of art and culture in the UK if not Europe boasting those institutions above as well as The Royal Albert Hall, Kensington Palace, Serpentine Gallery, Royal Geographic Society and the headquarters of the worldwide scouting movement. 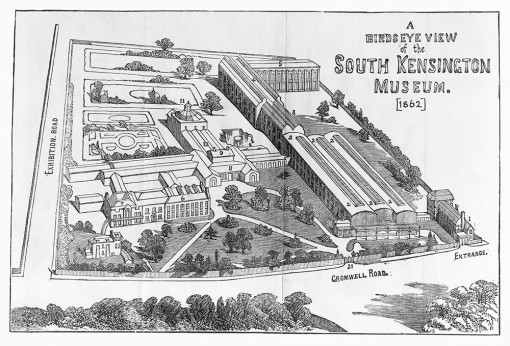 It was this cultural investment in the area that changed it from garden suburb to a high-class residential area with large and beautiful terraced houses once owned in their entireties by individual families.  Although the area still retains the majority of these buildings, the majority have been subdivided into separate flats and apartments – including those owned by The Harrington Residences.

The absorption of South Kensington into London was sealed by the arrival of the Underground to Gloucester Road and South Kensington in 1868, linking the area directly to the main railway termini and to the political, commercial and financial hearts

The station is in two parts: sub-surface platforms, opened in 1868 by the Metropolitan Railway as part of the company’s extension of the Inner Circle route from Paddington to South Kensington and to Westminster, and deep-level platforms opened in 1906 by the Great Northern, Piccadilly and Brompton Railway.  This is reflected in its architecture. 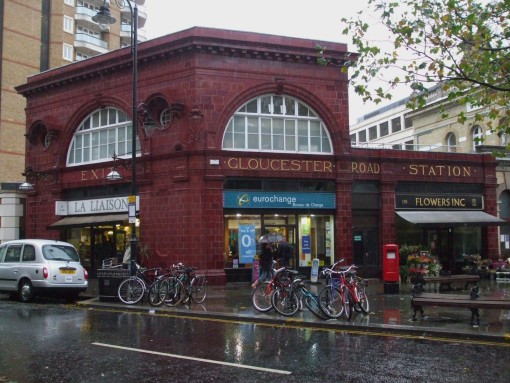 The former yellow stock brick building was built in 1868 and comprises the Metropolitan and District Line ticket hall and was designed by the engineer of the Metropolitan Railways – John Fowler.  Almost 40 years later, the stunning Piccadilly Railway entrance was built from beautiful and famous ox-blood red tiles synonymous with Piccadilly line stations. It also features some historic signage at platform level.

Famous Inhabitants of the area

History in the making

South Kensington remains a highly affluent residential area of London and comprises some of the most expensive real estate in London.  In recent years it has seen an increasing French émigré population which has built up around the famous Lycée Français Charles De Gaulle de Londres.  It continues to be a very sought after residential area with fantastic links both into the City and to Heathrow Airport.